Hello to all readers! The “Dante On The Air” team is back after a little break.

The things at YOTA camp are going on perfectly. Our Tuesday started with some energizer led by our friends from EA. After getting energized (some were still sleeping I guess), youngsters went on to the shack for some Good Moooooooorsing activity by Jurek SP3SLU, where they were introduced to the beauties of the world called “Telegraphy”. 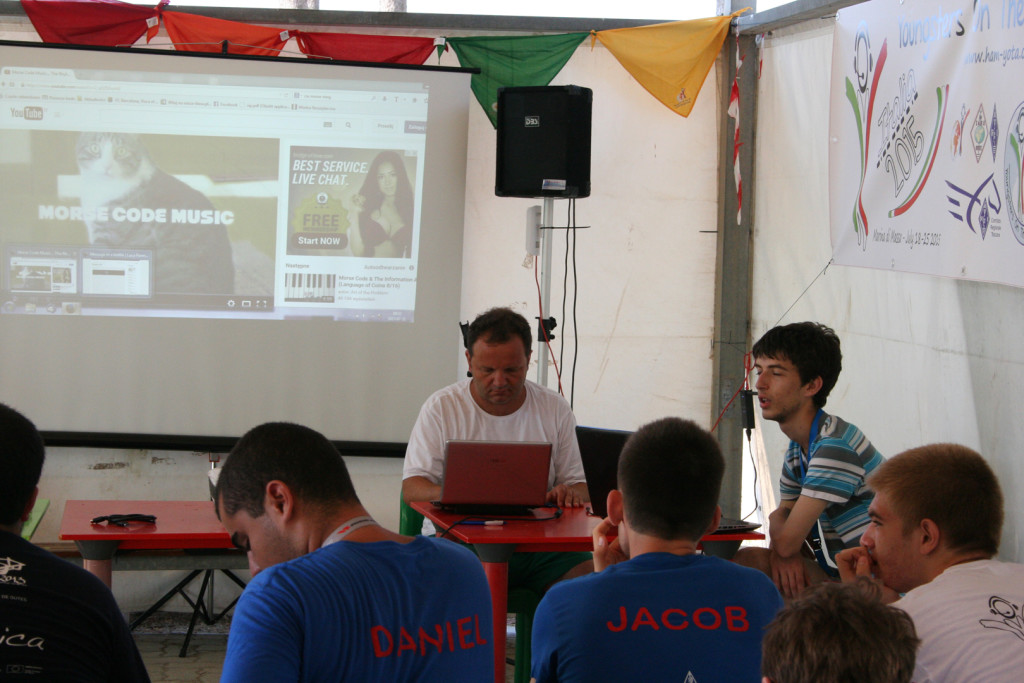 Following the Good Morsing, we divided into two groups. One group had the presentation of ARDF by LZ1US Panayot and his youngsters Neli, Gergana LZ1ZYL and Stanimir. Since the ARDF was new to many youngsters, they enjoyed looking for some strange low and high sounds that are very similar to the good old Morse (I personally enjoyed my first time on ARDF). 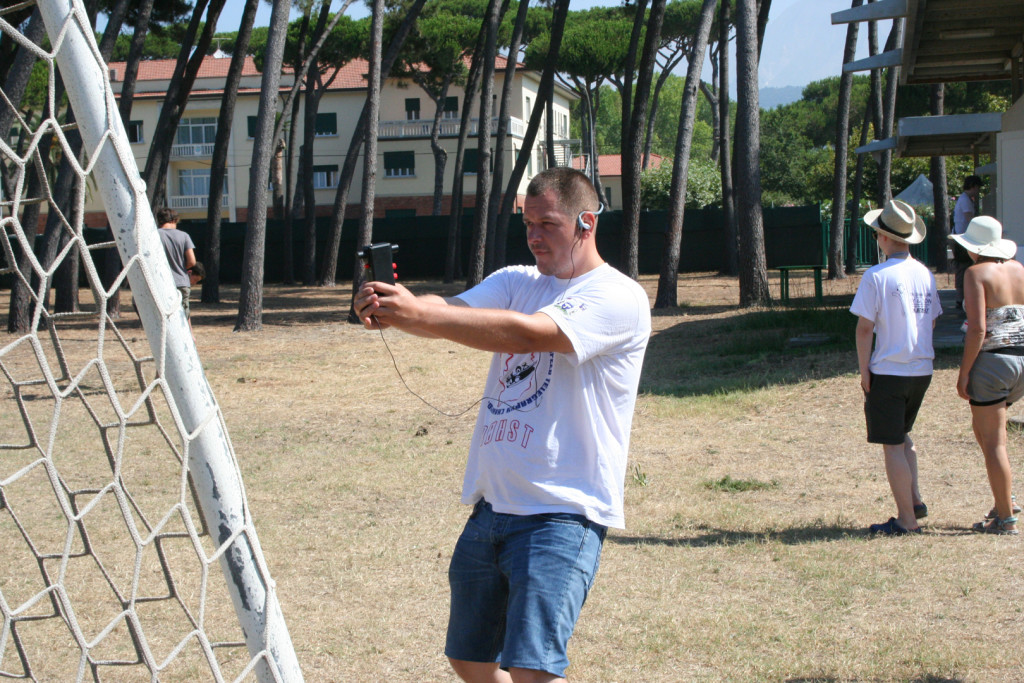 At that time the other group had been playing some games led by our host Alex IV3KKW. We also had a presentation from our friend Flo, OE3FTA who gave us a few tips for SSB operating and contesting. Thanks Flo 😉

Our official day included another presentation, a technical one, about one of the most important parts of a good station: the coax cables. Our presenter was one of the owners of the company called Messi & Paoloni, Mr Messi (Not the footballer Lionel) Stefano. OK, he may not be the football superstar, but he is equally popular in amateur radio world as the other one in the world of sport. 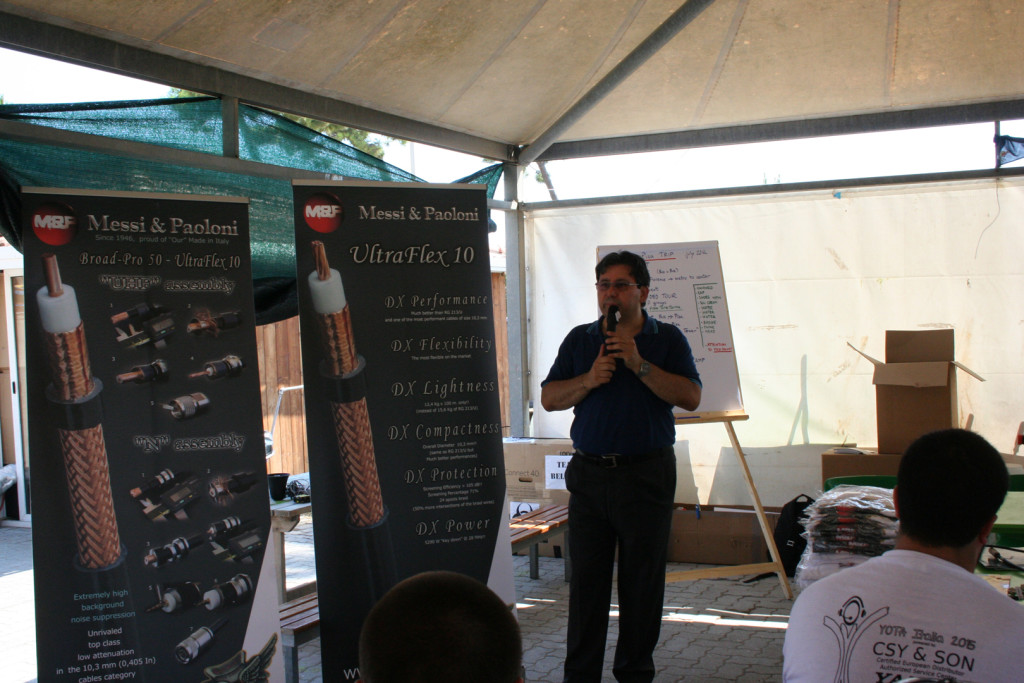 After ending the presentations part, we went to have some fun. Some had fun on the bands like 20m and 40m, while others had fun on the bands like the beach or the swimming pool. And in the night time, the most interesting part of the day: The treasure hunt, organized by PA team. Oh boy, that was a dynamic one. We were searching the grounds of the Torre Marina for little orange balloons just like the detectives in the novels. Some were more successful, some less. At the end the winner team was awarded with some biscuits. 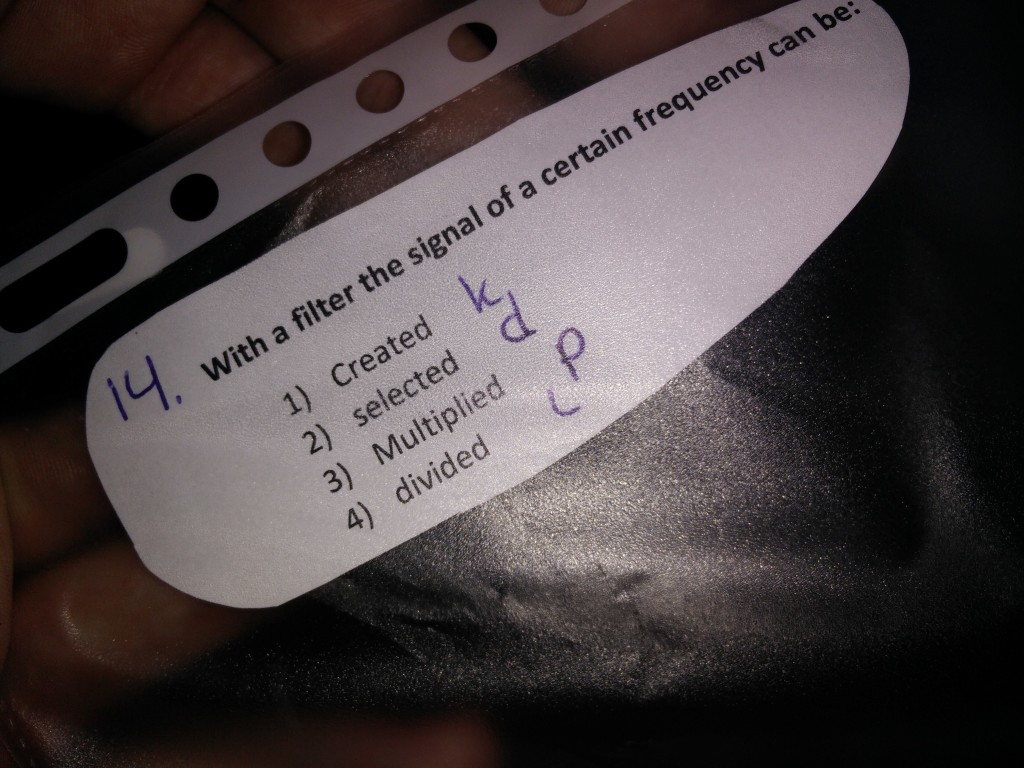 That’s it for Tuesday. Keep your eyes on our blog for some new stories 😉

All pictures from today can be found here!

On the behalf of Dante on the Air,