Info about NOTA – Nordics on the Air

NOTA, or Nordics on the Air 2018 has been the first ham camp for Nordic youngsters in
history. In the beginning of March, 20 youngsters from Sweden and Finland gathered up in
an old military fortress to have fun together with ham radio. During four days, below 15m
underground, inside a mountain, we managed to go active on the bands with the special
event callsign SK8YOTA as well as getting to know many new friends.

What did we do?

SES
Special event signal SK8YOTA was active on SSB during the entire camp as well as during
the ARRL DX contest and managed to work some impressive DX stations on 100w and very
simple antennas. The shacks was equipped with three radios and antennas for 20, 40 &
80m.
Every participant got the opportunity to activate SK8YOTA on CW which many youngsters
managed to do. QRS Sked with stations SK0QO & SM0T, together with mentorship from
Oliver SA5ODJ resulted in that seven youngsters got to have their first ever CW QSO on the
air and three youngsters had their second CW QSO. Other modes included a FT8 workshop
where Erik SM3EXM gave everyone the opportunity to operate the new popular mode.

Battle of Hemsön
During the camp there was several games adding up in the battle of Hemsön. Finding the
right resistor in a large pile, soldering and trimming components and building legos, all on
time. As well as games including CW and calling difficult callsigns with your mouth full of
marshmallows.

ARDF
Thanks to Reetta OH1EBO and Antti OH6VA everyone had the opportunity to go on an
ARDF adventure along the coastline of Hemsön, a challenge in the sparkling morning sun
with -17C and 1 meter of snow.

Mountain BBQ
During one evening Peter SA2BLV managed to dig out the snow and start a fire for a BBQ.
A short while after the fire was started there was burgers rolling out and everyone got some
warm dinner while outside in -10C enjoying the northern aurora lights. A beautiful sight but
difficult with the conds on the radio.

Saying goodbye
The entire camp was a great success, everyone had a great time and learned a lot from
each other. Many new friendships were made and everyone is looking forward to the next
NOTA camp. The finnish will have a hard time topping up this years NOTA camp, we can’t
wait to see what they have got for us! 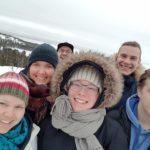 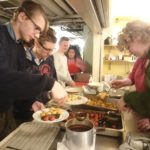 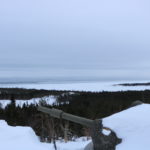 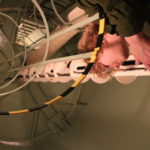 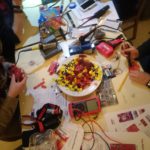 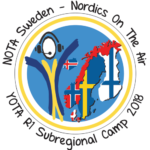 YOTA, as you know, is expanding its horizons more and more from this year onwards and we are glad to announce our first YOTA IARU R1 sub-project! It’s called Nordics On The Air (or NOTA for short) and will be hosted by SSA. NOTA is essentially going to be a camp for young radio amateurs which will take place at Hemsö fortress in the middle of Sweden near Sundsvall/Härnösand. It will take place from March 1st to March 4th 2018. The camp is directed towards all the Nordic countries. The camp will be held on an island which is connected to the mainland by ferry. The campsite is inside an old large military base in a mountain. The shack and cafeteria are inside the mountain as well. There will be many outdoor activities during the camp. Breakfast, lunch and dinner as well as snacks will be catered and the food will correspond to normal Scandinavian food traditions. As of now, all the gear is set! Special thanks to everyone who helped making this event possible as well as a big thank you to all our sponsors!

At the camp there will be 3 working HF stations covering 20, 40 & 80 meters plus VHF using the call SK8YOTA. Here are some of the activities included in the program:

We hope to see you there and have a lot of fun at the Nordics On The Air camp! 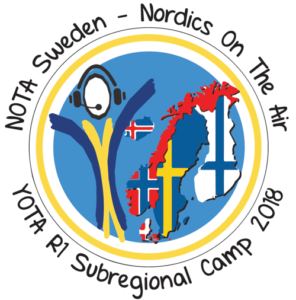