Team France operating 9A YOTA Stations in the morning 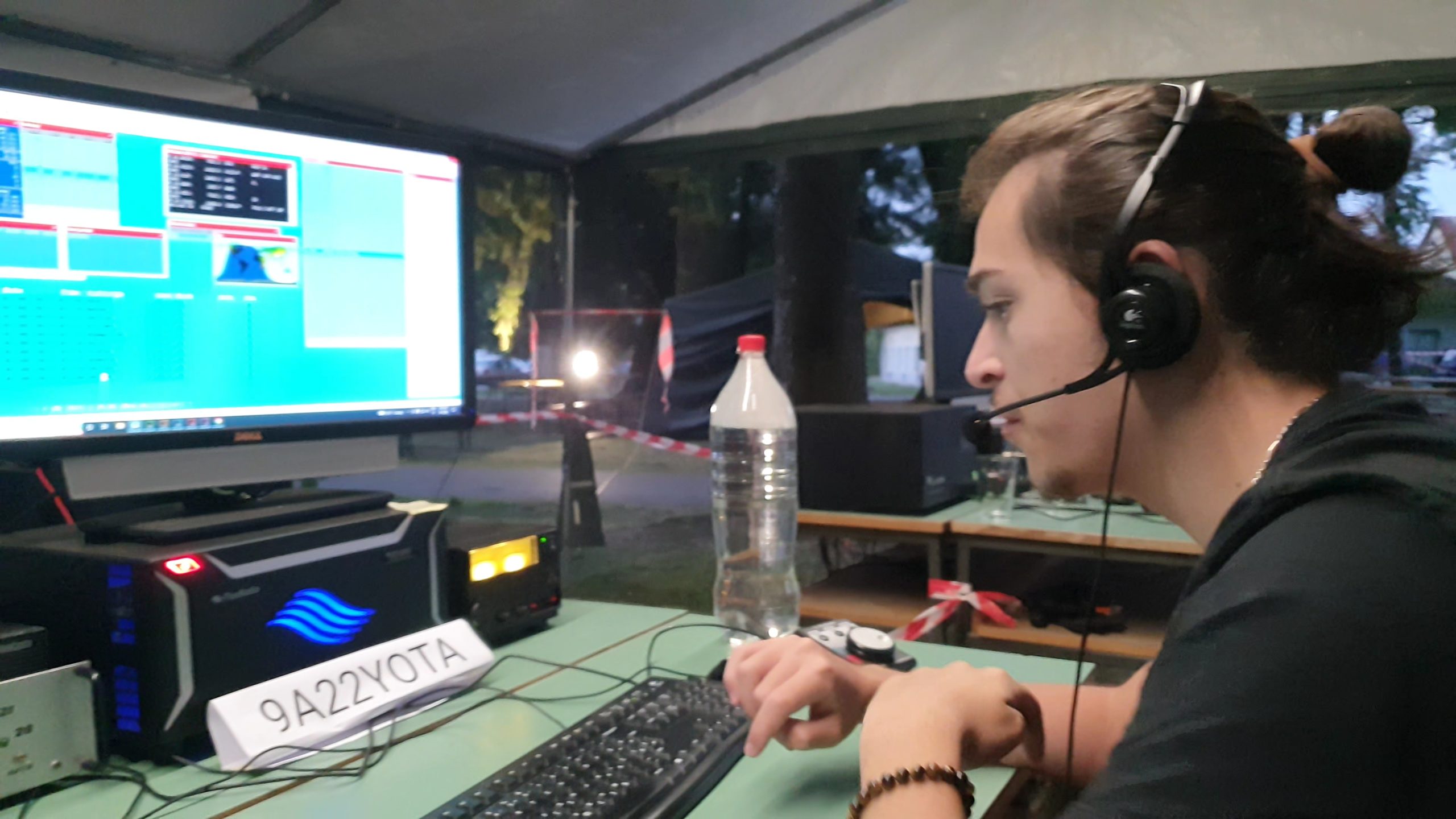 After a long first day of introduction, we were told that Flex radio stations were available 24/7. So we decided to take this as an advantage to activate them…At 4 AM.

So the next day, we actually woke up at 4 AM and got downstairs to the radio stations. We were surprised that the security guards were also there at that time of the night, watching us in the dark wondering what we were doing.
As soon as we got there, we started to call CQ on 20 & 40m with both 9A22YOTA (local setup) and 9A1YOTA (remote station installed on Krk island) special calls. To be honest, operating “top gun” stations such as this feels quite satisfying with more than a kilowatt power output!

Paul F4ILV and Jules F4IEY went nuts on 14Mhz, by doing a lot of American stations and actually got several Australian stations with a good report as well!
Maxime F4IQN managed to work a lot of US stations using 9A1YOTA and even got a 59+20 report from a Texan station on 40m! Indeed, at that time of the day, the grayline allows this kind of staggering QSOs.In the end, we did what we wanted (paying the sleep price but still^^): we really felt free to operate as we wanted, lonely, with no other external disturbance.
Moreover, watching the daylight on dawn and the rising sun also felt like magic.At first glance, it did not sound like a good idea but if we had to choose between catching some VKs on the air and sleeping time, well…The answer was quickly figured out! Not to mention the initial plan was to quickly operate the stations and get back to sleep. However, it turned out that we just carried on until the morning, thus we did not get back, resulting in being more tired but proud and happy!
73 DE 9A/F4 Team