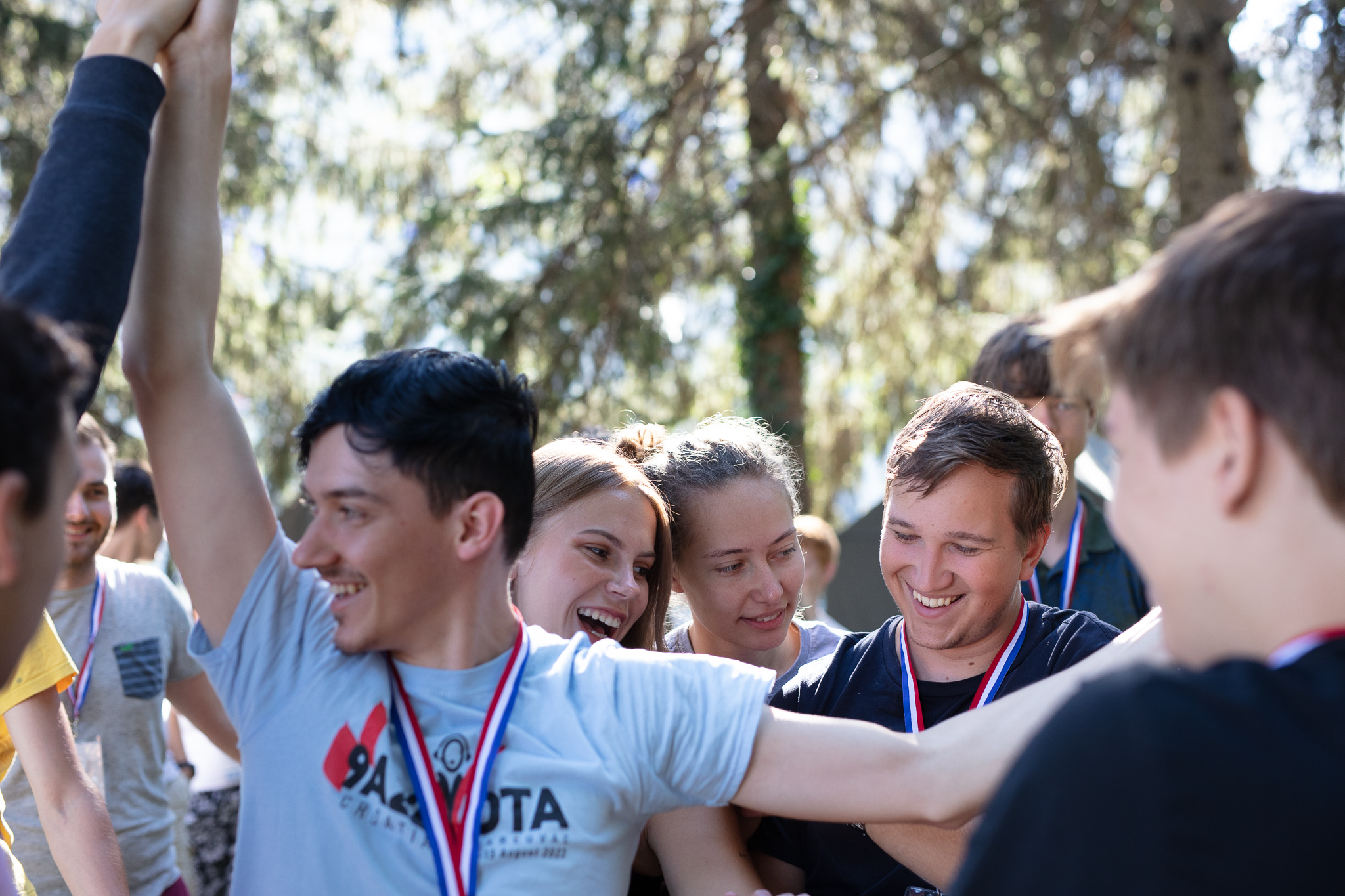 With day six, the second to last day has already started! Breakfast started at 7 o’clock, but most of the participants came rather late. Mainly due to the reason that the youngsters are staying awake longer in order to enjoy the time together in the evening! As usual, a short team leader meeting was held until the schedule for the day started with energizers. For the rest of the day, the youngsters have been split into three groups, since there were three workshops planned for the day. It simultaneously was a great way to get in contact with some new teams. Even though there is also time to get in contact in the sparse time, it is rather hard to meet everyone due to the high amount of youngsters (nearly 100!).

The first workshop for one of the groups was about deploying a vertical antenna. All things needed in order to set up a portable station using a vertical antenna were provided. Together as a group, they had to find out how to set up the antenna, which parts had to be assembled, and what to take care of. After setting up the antenna, they took measurements and adjusted the antenna if it was needed. To make sure that it is properly working, they did some QSOs. After working for a while, it was time to dismantle the antenna. With enough youngsters at hand, this was done quite quickly.

Another timeslot has been again reserved for operating on air. The station is up and operated by youngsters nearly any time, but the workshop slots make sure that everyone will get a chance to operate and improve their skills with the help of others. Thus, during this operating workshop time, you have seen a really experienced youngster helping a younger one to make his third QSO in his lifetime. Another example has been two girls, operating together independently without any assistance. But still, someone passed by and still help them by showing them a small trick of the logging software that they didn’t know before. 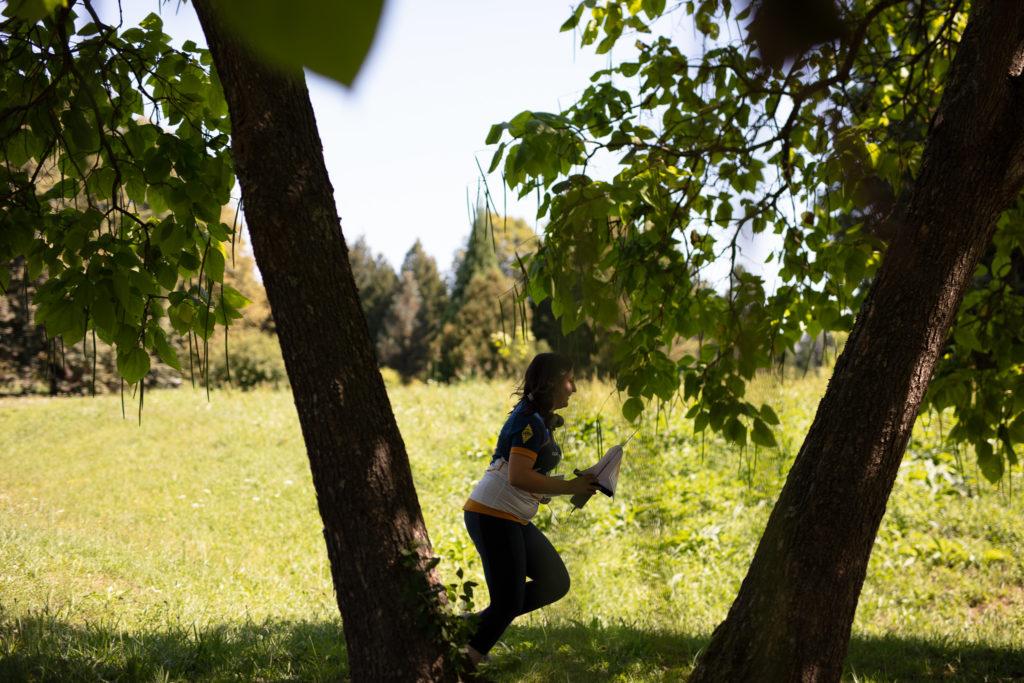 ARDF was one of activities on Thursday

After two workshops, it was already time for the obligatory lunch break. The weather was perfect, warm, and sunny, and the lunch area was enjoyable due to the shadow of the trees.
The afternoon continued with the last workshop. It was finally time to get the wabbits of the former workshops in action! Since there was one wabbit soldered by each participant, it would have been impossible to get all of them involved in the fox hunting. Nevertheless, there were 12 wabbits chosen, including one at the accommodation ground. The rest has been placed in different locations in the park which was just next to the accommodation. Everyone got an introduction to the receivers and got to know the basics of ARDF. Since this was new to a few of the youngsters, there was no competition behind, only a deadline was set such that everybody came back in time to keep up the schedule. Even though the participants could have returned after the first fox, everyone continued trying to find all of them! It was hard though since due to the self-build wabbits the transmissions were not always set up properly. Nevertheless, some youngsters still managed to find all of them in time, also including a few who never tried ARDF before.

The workshop slots ended earlier this day, but due to the schedule shift of the previous day, there was now time to hold a double TTT session. It included again presentations from participating countries, showing everybody what kind of youth activity they organized and most importantly which steps they have taken in order to organize it. In order to spread the word within the member societies, the TTT session included group work, where each team had to start working on a report about their impressions of the camp. This can then be used as a base for a report for publishing in their national ham radio magazine. After the TTT session, dinner was served as usual. The rest of the evening was left to each participant to decide for themselves. Some went straight back to the station, but most of them sat down together at the evening activity. And so the evening ended for most of them around the bonfire.