Sea. Beach. People hanging out and just enjoying the evening. Nothing special about that. Or is there? It’s the twenty fifth of July and, essentially, the last day of the YOTA week. It started out pretty much like every other day – breakfast, energizer that was initiated by the SM team. But one could still feel that the end of an amazing week is rippling on the horizon by the sight of sullen faces and thinning audience at the D4C presentation (lead by Fabio). 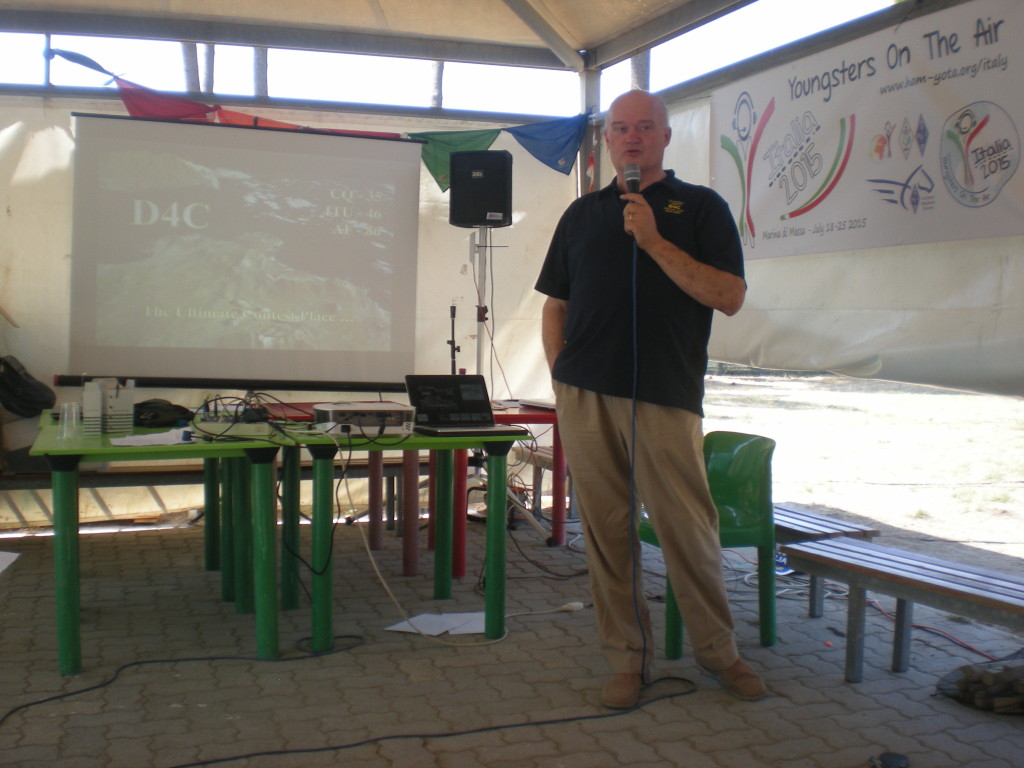 Friday – D4C A contest on top of the world

After Fabio’s detailed and quite impressive introduction to the station in Capo Verde and the activities that take place there, the teams that hadn’t still taken off had to prepare a two-three minute speech for the YOTA Open Day. The concept was clear – vocalize your impression of the week on behalf of the team you belong to. Except how do you express the feelings of gratitude, satisfaction, of joy and yet – a tinge of bitterness that all is coming to an end? We came to the conclusion it wasn’t an easy task, probably even harder than CW is for absolute beginners. But we accepted the challenge anyway. We used our free time to cool down, take a breath and really think about what YOTA 2015 meant to us. As a result followed a tear-inducing get-together. It started with a presentation again, this time by Silvio, a computerized goodbye, to say so. And then there was the youngsters’ turn to speak. Although representing different countries and cultures, the feelings we shared were similar. The words came hard not because they were insincere, but because they came from the heart. We laughed together at the splendid sketch the boys from the OK team played out, which involved a comic view of the past couple of days (and a lot of pasta, pun intended). Then some more emotional words were said, to wrap up the program, and we were free to go to dinner and prepare for the farewell party at the beach. The fifth edition of Youngsters On The Air is almost at its end and it passed with the velocity of the light. We learned together, laughed together, sang together, but most importantly, we had the same meal together for seven days, and if something like that doesn’t bring strangers and friends alike closer together, then I really don’t know what does. This year, once again, we managed to prove that HAM Radio means family and that radio, whereas it is often perceived as dead or dying, is very much alive and in the hands of very talented, dedicated young people. And, above all, isn’t that what YOTA is about? Sea, beach and people hanging out. A familiar scenario, yet precious to those who are a part of it. Tomorrow will be home, or traveling to get there, but the memory of our week together will linger about long after. And the friendships we begun? Oh, these will remain forever.