Sunday, the third day of the camp started with the happening invented by the Swedish youth team. The challenge was to design a chosen type of CW paddle (straight, bug or sweeper) and build it out of a piece of plank, conducting tape, nails and the special rule, at least one fruit! The result was 8 keys with bananas an apples, even a Nokia phone! After the competition all the keys were tested on air and many youngsters got to try working CW for the first time.

During this time, half a dozen people were out in the woods activating a OHFF area Teijo National Park (OHFF-0112). It is great that so many wanted to try to activate the park that was 28 km away from Leirisalo. For them the day started early, approximately at 6:30 and they, of course, made some coffee. Everybody didn’t get so excited but the fun part in this hobby is that there is something for everyone.

The view at Teijo National Park was awesome, there was a fireplace and some snacks made by Tiiti OH3HNY. The atmosphere was awesome and we had so much fun.

This time the group had a Yaesu FT-817 and end fed half wave antenna for 80-10m, a log book and five watts to work with. It was a little hard but they did it. Together. Almost sixty QSOs and 2,5h later the youngsters returned back to campsite for lunch.

After the delicious falafel lunch we had four presentations about scouting and JOTA/JOTI from the Netherlands PA3L, Norway LB4IH, Iceland TF2EQ and Finland OH1ESI & OH1UBO. Getting to know your fellow mates in the camp is easiest done by sharing your stories!

Then it was time for the traditional Off air contest. With huge amounts of QRM from several crazy finns our participants max QSO count ended on ca 20 in 9 minutes.

When our ears finally got to rest for a bit it was time for more participant presentations. This time Oliver SA5ODJ introduced all friends to the interesting online material available from Dayton contest university and spoke about yagi theory. After all the presentations everyone learned something, from newbie to pro.

During the evening there was shack operation, ABBA singstar, taco sunday, sauna time and a huge pile of Finnish pancakes. If you’ve followed us on Instagram (@nordicsontheair) you might have seen some fantastic footage from the singstar session… 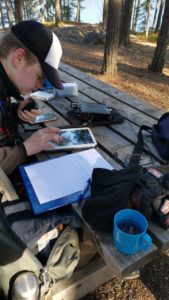 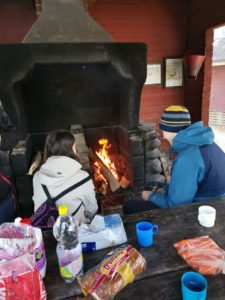 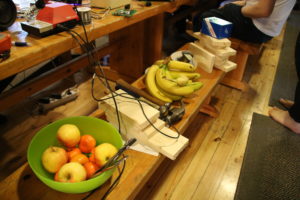 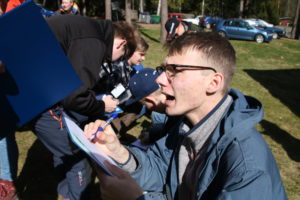 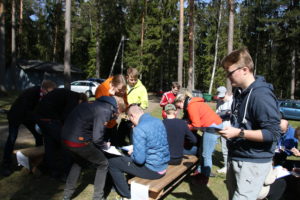 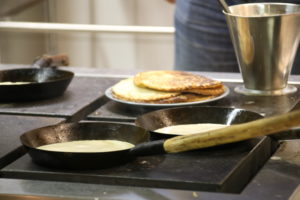 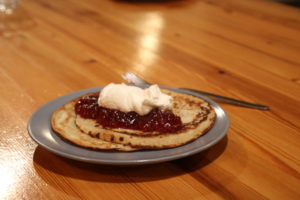