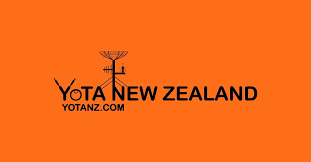 On the 27th and 28th of February YOTA-NZ being the Youth On The Air branch of Radio Amateurs New Zealand (RANZ) held its very first youth camp. This coincided with the Jock White Field Day which is the largest radio competition in New Zealand. The event runs from Saturday 1500-2400 NZDT until Sunday 0600-1500 NZDT.

The YOTA event was held at the Kaitoke regional (public) park which is a water catchment reserve for the Wellington Regional Council. The site was chosen because it was relatively high, in the geographical center of NZ and about 40km away from the capital city of Wellington. It is a low noise environment.

The camp site was set on Friday to secure a favourable transmitting position. Friday night was spent talking to European stations and trying out old military army 1940’s radios (ZC1’s) on the SPAM net, trying out several digital modes on 2m and on experimenting with HF QRP NVIS. It was really fantastic watching and helping young radio operators manage a traffic jam for the first time when the bands opened to Europe.

We had 26 YOTA members turn up and help. There was a relatively constant stream of visitors; other local ham radio operators; campers on the site and some members from from Deer Stalkers NZ who turned up to discuss not only what we were doing, but how they can become licensed operators. We had several YOTA members dip their toes into contesting – youth who had never been on the air before. Other stations constantly thanked and congratulated us for running a youth event in NZ. We had more than a healthy amount of really delicious food on hand and the coffee pot was kept full all weekend. We were teaching one young lady not only radio operational procedures but to drive an old army truck around camp. The E-bikes were constantly in use and because the weather was so hot (32C) people were popping over to the river for a quick cool down dip all weekend. Fantastic meals for the event were mostly provided by donation; access to the site was granted from the Wellington Regional Council; use of Branch 11 (ZL2AA) club call sign was provided by the Gisborne Amateur Radio Club Inc. The remainder of the event was sponsored internally from YOTANZ members via the beg, borrow and steal method of sponsorship.

The team has produced a little recap video, feel free to watch here: