After a long day yesterday, the second day started early again. From 8 a.m. onwards all participants were present at breakfast in the hotel. Everyone strengthened themselves for the long day ahead. Afterwards the whole group went to the DARC Headquarters. There we were already friendly expected.

At the beginning three groups were divided which visited alternately the CQDL editor-in-chief Stefan (DH5FFL), the chief of the QSL sorting Dietmar (DL1ZAX) and in representation for the DARC management the DARC youth coordinator Gerrit (DH8GHH) and punched with questions to the respective topic areas. Thus the process of the CQDL – from the first contribution idea up to the finished CQDL -, the way of the QSL cards from our home QTH over Baunatal up to the receiver and the individual coworkers and their tasks in the DARC were presented.

After the question hours were over, we returned to the entrance area for a leisurely lunch. Participant Mathis (DL7MLP) programmed his own booking system for beverages with RFID chip cards – alias the camp name badges – and tried it out directly. Afterwards we went next door to the amateur radio centre, where we continued directly with a short guided tour through the camp rooms Alpha, Bravo, Charly, Delta, Echo, Foxtrott and Golf, as well as through the radio tower.

The rest of the day was explained afterwards. First, everyone who had offered a workshop should briefly introduce the content and find a suitable time slot and room for it. At the end a well filled program on the whiteboard resulted, so that everyone could get an individual overview, when the points of interest for everyone took place. At the same time DFØYOTA was activated from the tower. So there was a lot of radio work, SDRs were examined, Raspberry Pis were programmed, satellite QSOs were explained and done, DXPediton experiences were exchanged, lectures were held, (ARDF) foxes were hunted and much more! Everybody just had something to do and it definitely didn’t get boring. Due to the flexible programe everyone could pursue their own interests in amateur radio. The positive side effect was also that during the course of the day almost every one of the 60 participants talked to each other and got to know each other better.

Pizzas were delivered to the amateur radio centre just in time for dinner afterwards. So every youngster found something to his/her taste. Moreover, the evening continued freshly fortified and we let the day pass in review together. Everyone returned to the hotel with a smile on their faces. Unfortunately the departure from the YOTA Subregional Camp is scheduled for tomorrow … but more in the next report. 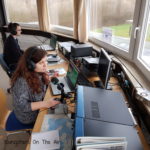 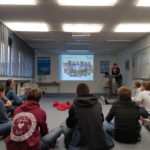 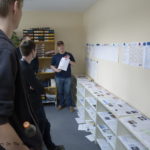 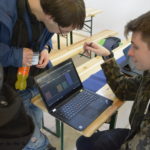 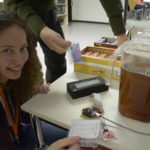 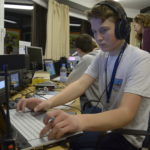 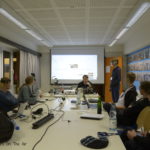 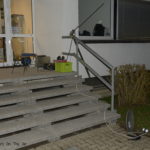 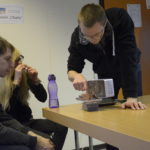 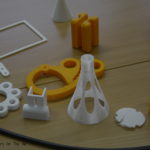 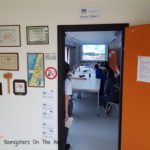 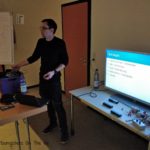