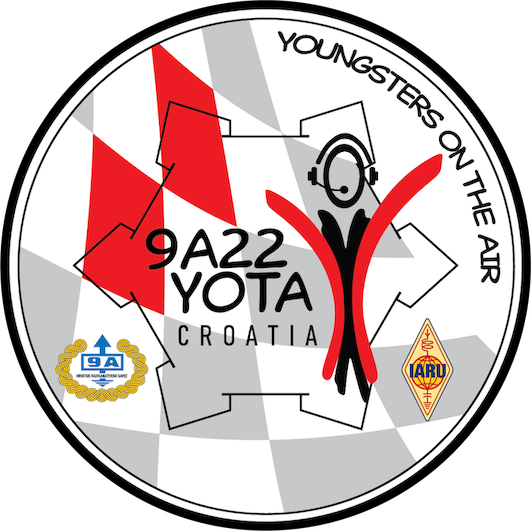 Our Friday morning, the last day of camp started a little later than a normal excursion day. At 7 am breakfast arrived. As usual, we got a sandwich with either cheese, ham, marmalade, or all of them. After breakfast, the team leaders gathered to go through the day, usually, during team leader meetings, the schedule is presented briefly as well as important holding points for the day. The information given for this day contained a briefing about the upcoming COTA activation. We were supposed to gather outside the hostel to make our way through Karlovac on foot.
The gathering went smooth and off we went, in the city center, a guide joined up to take us on a tour. He told about the history of Karlovac, and how it started as a fortification in the 16th century and developed into the city that it is today. The tour was highly appreciated since we had only seen the camp area before. We walked past many historical marks in terms of both statues and the former trenches that protected Karlovac before we arrived at the sanctuary by the foot of the hill. Here, we were briefly told the history of the sanctuary before we started the hillclimb. We followed the trail up the hill to the Dubovac Castle.

Already on arrival, the stations were set up, so we could start operating immediately. We activated the shortwave, VHF, and the QO-100 satellite. There were plenty of radio activities and the ones that did not operate at the moment relaxed and socialized. The day was overall supposed to be a day with plenty of room to hang around and talk to the new friends that they met at the camp during the week. As always, when radio amateurs are around, there were a lot of interesting discussions. Some of them even made their way into the restaurant in the castle over a cup of coffee. This could not have fitted better, since the next part of the program was a guided tour of the castle. Our eminent guide showed us the castle, including an art exhibition in it, as well as the amazing view from the tower. We got taught about how the castle ended up being where it is today, and how the surroundings were controlled before Croatia even existed. After the tour, we started heading back towards the hostel, the tour guide stayed with us the whole way and told us about the city parts we went past on our way.

Upon arrival, we got served an afternoon lunch, some had eaten a little already at the castle restaurant, but it was still a welcome meal. Afterward, the camp’s last TTT session started. It contained a presentation about social media marketing for when we get home, and many great tips on both how to practically do social media marketing, but also on how to schedule and lay up the work.
One of the traditions in YOTA is the group photo, which of course needed to take place before teams started going home, we took pictures of everybody, single teams, the groups, and the organizing team. There were also flags laid out to be signed by all the participants, together with a T-shirt.

Afterward, we gathered to start the closing ceremony. There was told that there was a special guest coming for the opening, and we could not agree more since Nikola Tesla himself somewhat miraculously came to the stage. Having studied in Karlovac, it must have felt nostalgic to return after so many years, and he told us about his studies and his work in an age when radio was concerned to be almost magic. He had a small speech for us, and then the camp leaders started the certificate ceremony. All participants received a certificate of participation and the ones who had accomplished something extraordinary during the camp, such as having their first contact, received a special congratulation and applause from all of us.

There was a pause in the closing ceremony for dinner, and then we got onto the award ceremony. This was held short to make room for social activities. But there were awards given out to the teams that had, for example, written the best blog posts or taken the best photos during the week. After the award ceremony, the party started. There was some last night karaoke at the tents, and a cozy campfire to sit down by and enjoy the last night with all the new friends. I hope that everybody enjoyed it as much as I, myself did. And I think that I’m not guessing too far from the truth!