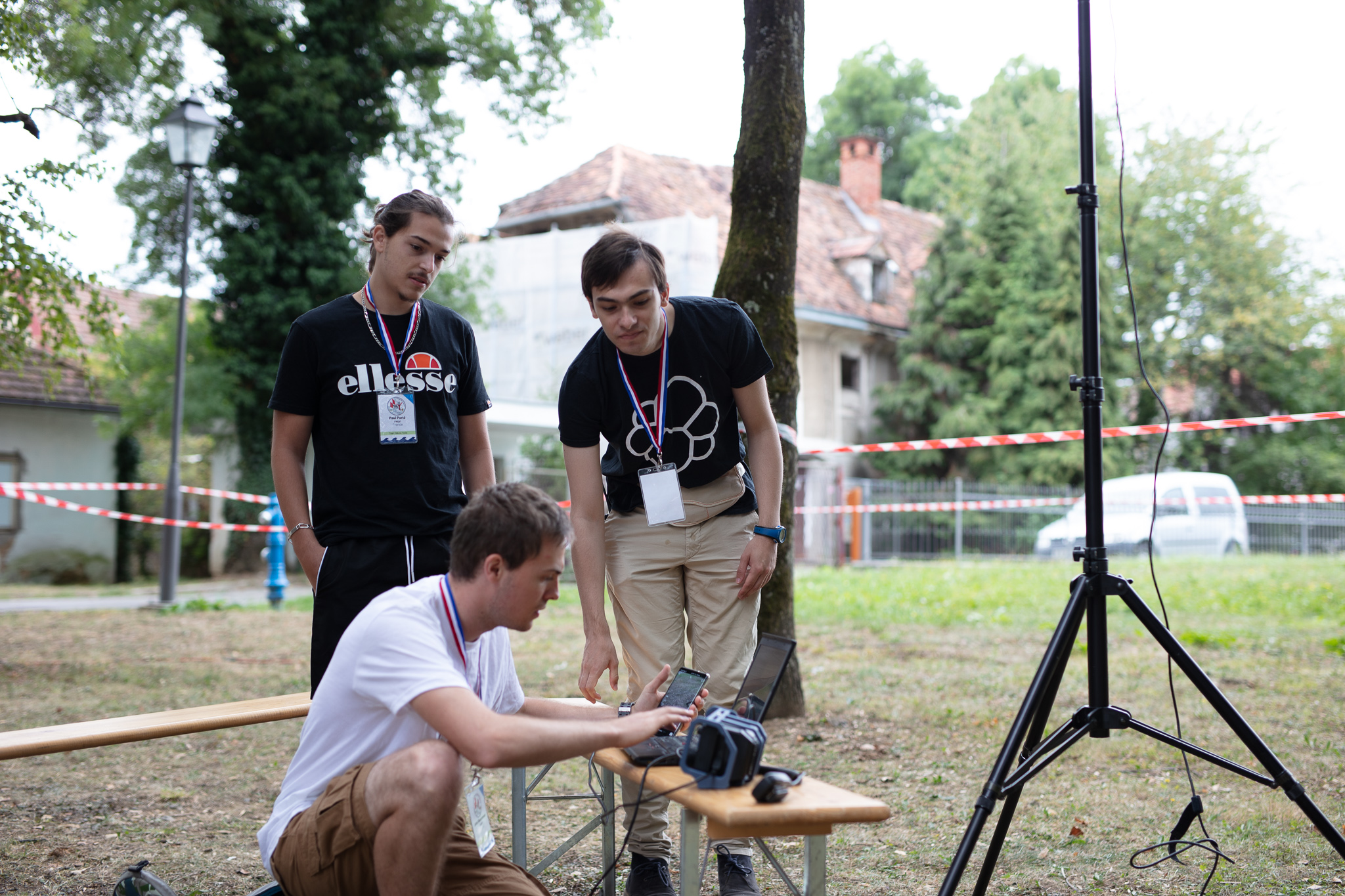 After a long trip day to Krk the day before, on the fourth day different workshops have been on the schedule. Breakfast was served from 7 to 8 o’clock and after a short team leader meeting, there were some energizer games such that everyone will get awake. The main activities for the day were workshops, again four in total in a rotating setting such that every group will get into every workshop during the day.

The first workshop for one of the groups was about the International Space Station ISS. Rather than being a tiring lecture, the youngsters were given some project work. They were supposed to create a poster about the ISS. But in the end, it was incredible to see what they created within one and a half hours! The posters either contained greatly structured information about the ISS or have been in a super creative style with really great drawing skills!

One workshop slot was reserved for operating time at the station. They have been using not only all the stations which are set up during the camp anyway, but they also had the chance to help each other and give some guidance to the newbies in more detail. Thereof, they especially encountered searching and fixing technical difficulties around the radios.

In between the workshops, there was a short break, but after the first two ones, it was time for a longer lunch break! Lunch was served and due to the amazing weather in Croatia, it was possible to have the meals like any other day outside at prepared tables under some trees.

In the afternoon, the schedule continued with the third workshop. It was time to program! The wabbits, the ARDF transmitters from the second day, were about to come alive. The participants installed Arduino software and connected their wabbits to their laptops. The start has been a pretty simple program, which just brings one LED on the board into blinking mode. This was extended such that the wabbits were able to blink in morse code and send CW signals.

The last workshop for the day was about carbon-neutral DXing. Renewable energy becomes more popular and is also prominent among the youth. The youngsters learned what is needed in order to set up power for a ham radio station using solar panels and batteries. They got to know how it works and what to take care of. Many have been surprised by the simplicity of the whole setup, especially once they got to experience it themselves outside in the practical part. 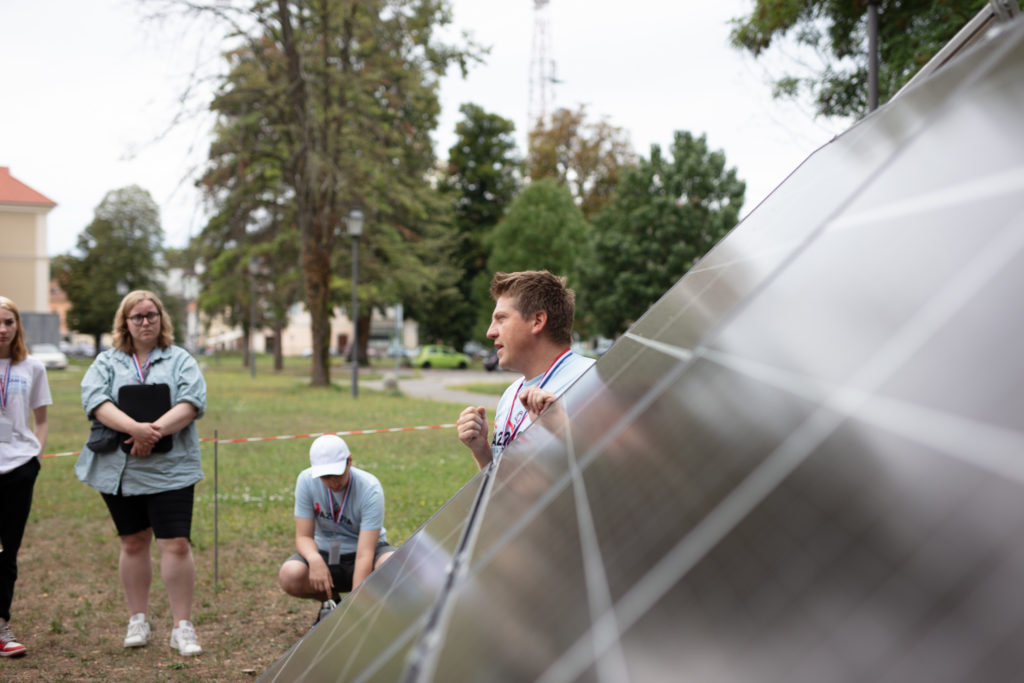 After all workshops, it was time for the daily train the trainer sessions. It included two presentations about youth activities in Italy and Croatia, which have been held by some participants of the camp. They included hands-on examples and explained the steps they have taken in order to set up these activities.

Dinner was served afterward and the activity for the night was prepared. A group from the Zagreb School of the film came and created an outdoor cinema. They showed a selection of award-winning films which have been made in Croatia. It ended with a surprise for one of the organizers: since it was his birthday, everyone joined singing a birthday song for him after the film. Cupcakes were served until people slowly started to go to bed to get some rest for the next day.