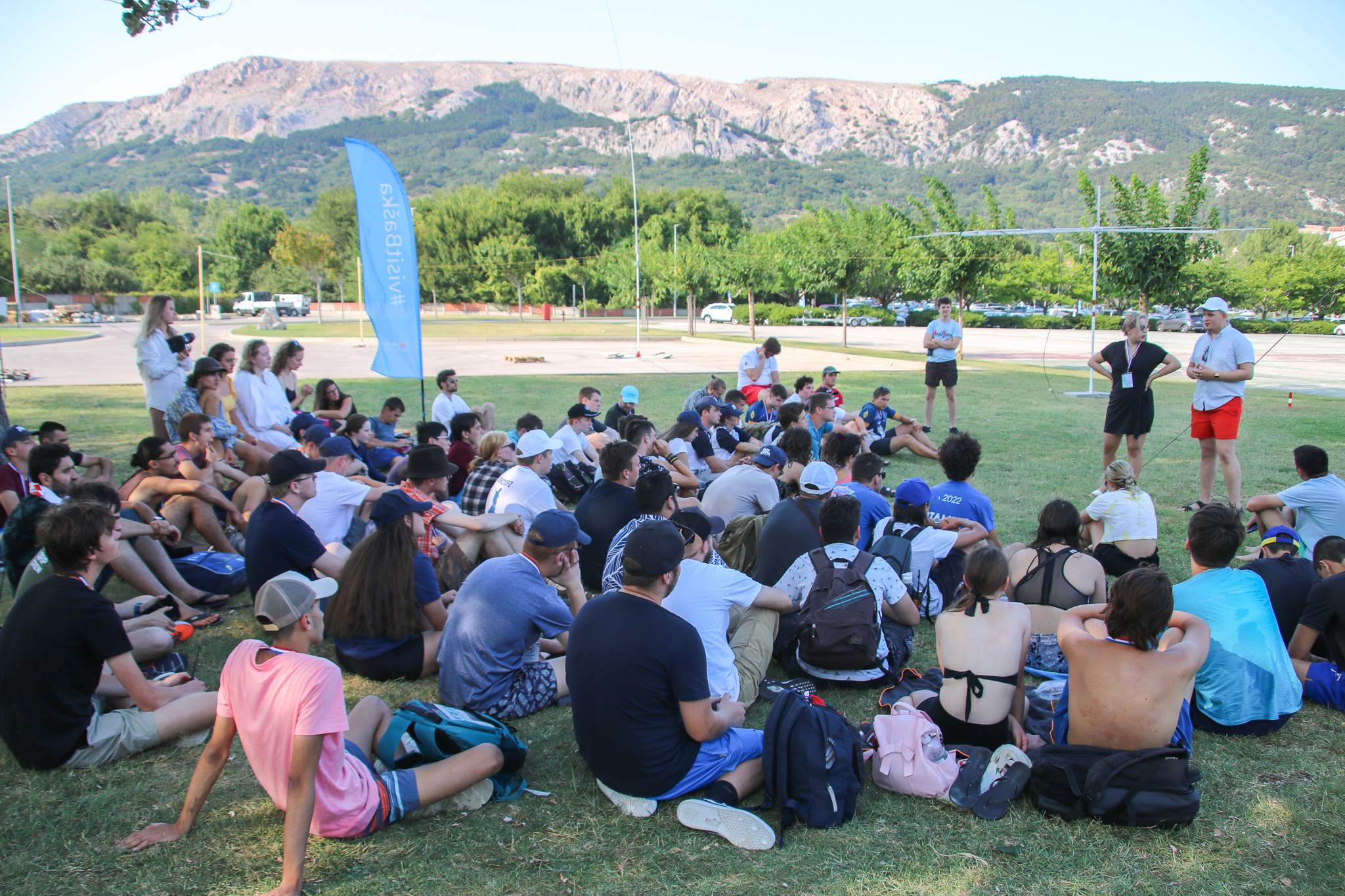 The hardest part of the third day has directly been the very first task of the day: getting up such that one will be in time for the meeting at 6.15 o’clock to start the excursion. Everyone managed to do so! A little later the bus started its route heading to the coast. Until arrival, it was nearly 3h to go, but everyone used the time to eat the packed breakfast and get some more rest.

Once arrived, everyone was excited to check out the site for the day. It was located in Baška, a city on Krk island. A team of organizers went to the place even earlier in the morning in order to set up a station. So the youngsters were able to activate the IOTA island EU-136 directly from the beginning. They set up several beams, vertical antennas, and a satellite station, such that there was an HF station, a 6m station, and a QO100 station available.

The youngsters have been using the station a lot! But since there was also outdoor sports equipment provided, they also used the change to energize and do some physical movement. It is a great refreshment after sitting and listening at a station. But the greatest part here was to see, how all the different nationalities and cultures, no matter if younger or older, smaller or taller, played together outdoor games. They agreed and adapted all the rules automatically and made sure that everyone is integrated! Everyone was considerate without exception, if someone fell down, he was immediately helped up by others and no one, literally no one, was interested in a competition. For everyone the game and the community stood in the foreground, no one wanted to be the fastest or best. This is the spirit we want to have in our hobby and we can be proud that our youngsters are spreading exactly this spirit! 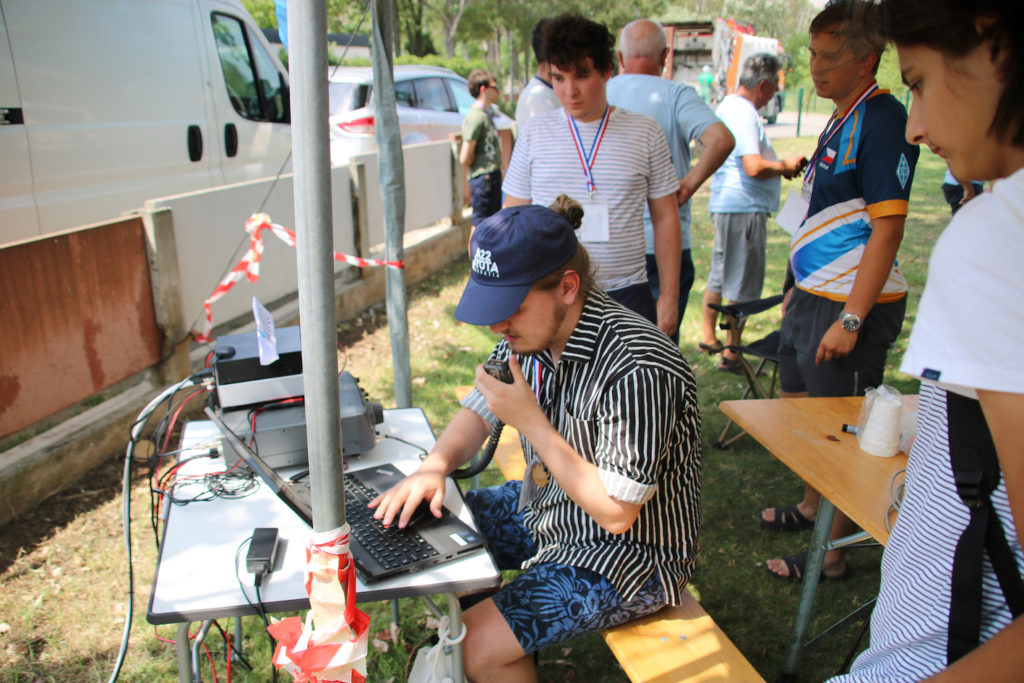 One of the stations on the air from the island of Krk was 9A1ØØQO.

The whole site was prepared with cozy seating so if youngsters weren’t at the station or in a sports game, they sat down to connect with each other or used the group’s laptops in order to get on air remotely.

After lunch, it was time to enjoy the Croatian summer at the beach! The swimmers within the participants enjoyed the beautiful turquoise water of the Adriatic sea while the non-swimmers got an ice cream or took a sun bath at the beach. At that point, we also need to mention, that some youngsters even skipped the beach part in order to stay at the station and operate there. Is anyone still in doubt that the youth is not interested in our hobby? Choosing to be on air rather than enjoying a beach with beautiful torques of water gives a clear answer!

After the beach time, it was time for the daily Train The Trainer session. This time, each of the four groups should think of two small activities that can be done with a group of youngsters. This could range from energizer or icebreaker games to fun educational activities, but all somehow related to ham radio. They should provide the ideas in an activity card, mentioning not only how it works, but also how long it will take, what needs to be provided, and what are or knowledge the players should have. We still don’t know all the ideas that came up, since the presentations of them will be done next time. Later on, they will also be available on our website.

After that, pizzas were served, so it was a relaxed dinner time. The bus left at 20 o’clock to get back to the campsite. Once arrived, most of the participants went for a shower to remove the salt from the sea. Being tired and being back in the room, going to bed was the first option for most of the youngsters. Nevertheless, a few resisted the tiredness and so the evening ended with some music and guitar jamming.