Youth Contesting at ES9C and 9A1A

In 2016 we continued IARU R1’s Youth Contesting Program (YCP). Youth from Region 1 travelled to the station of ES5TV (ES9C) and took part in the ARI International DX contest while another group went to 9A1A to take part in the CQ-M International DX contest.
The youngsters have written down a summary of the amazing experience they had during both contests, you can read them below:

Peter (SA2BLV) from Sweden, Teodora (LZ2CWW) from Bulgaria, Dagi from ET3AA club station in Ethiopia and Fiodor (IZ7YBG) from Italy travelled to compete together with ES youngsters (ES7GM, ES5HTA) and a few local old timers at the station of ES5TV. The goal of winning the world was supposedly met with plenty of margin despite horrible propagation and somewhat limited contesting experience. Everyone was able to try out contesting in 3 different modes and 3 different operating positions (RUN/S&P/MULT). Having all the stations interlocked to each other provided the ops with a great challenge of trying to synchronize with each other’s transmissions and avoiding getting killed by the mad RUN op who was blocked by 4 different stations all the time. Due to having another contester born into my family (ES5TV) Sunday morning I was not able to be present but everyone was having plenty of fun without it. Not to mention abundance of food prepared by Tonu, ES2DW on constant basis.
In total 1848 QSOs were made in Phone, CW and RTTY. Score: 3,086,350 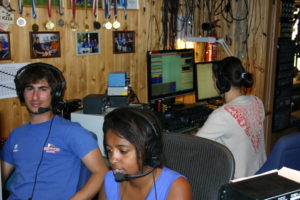 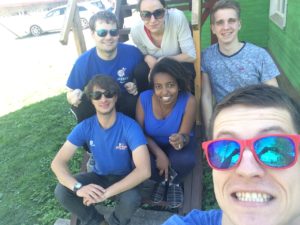 Once again, the Croatian DX Club 9A1A, had the pleasure of being the host of the IARU Region 1 Youth Contesting Programme. Young contesters came from Hungary to participate in the CQ-M International DX Contest together with our club youngsters.
The members of the contesting team were the Hungarian youngsters Tomi (HA9T) and Novice OP Gabor;  9A1A young team members Mihaela (9A7MIM), Domagoj (9A7CDZ), Eugen (9A5AEV), Marina (9A5CKM), and Luka (9A5CPL);  and experienced 9A1A team members Emil (9A9A), Braco (9A7R) and Nikola (9A5W). 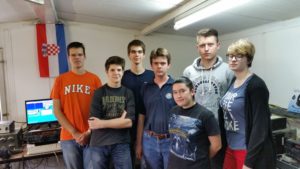 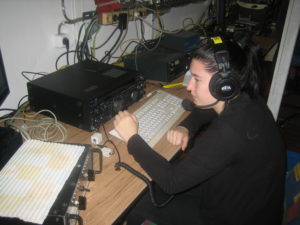 The youngsters arrived on the contest location on Friday May 13th where they spent the late afternoon and evening talking about the SAC SSB event, YOTA 2015 and future YOTA activities.
On Saturday morning in accordance to the contest rules the team prepared a strategy. With goal of allowing the young part of the team to handle the majority of the contesting participation.

We used the 9A1A call throughout the event. Equipment set up was as it is for Multi-Multi but with use of Multi OP-single transmitter contest rules. Propagation conditions were nice. A big surprise was that the there were 10 meter band openings on both days. As Saturday and Sunday were very rainy days, even with heavy rain showers, beverage antennas helped a lot to receive signals on 160, 80 and 40 meters bands.

Within 24 hours, 2273 QSOs were logged of which  90% were logged by youngsters!
It was obvious that they really enjoyed huge pile-ups on all bands after band or mode exchange.
Main business for 9A9A, 9A7R and 9A5W was coordination of band and mode use of the running station and multipliers.
In the end we achieved a promising score and we expect to be have top results in MOST categories.

Braco, 9A7R, was our main chef and took care of preparing food in big quantity and excellent quality.

Event impressions are excellent. Bigger than after SAC contest. World wide and multi mode contest gave the youngsters more fun and dynamcs in making QSOs. All of them agreed that in future 9A1A should organize YCP in such type of the contest.
Event was closed Sunday afternoon with pan-cakes in Velika Gorica, a city 17 km away from the contesting location. This city is also the was arrival and departure location for Tomi, HA9T and Gabor.
It was another nice occasion to exchange contest impressions, speaking about the possibility of a new YCP event in the second half of 2016 and in case that we repeat YCP participation in CQM 2017 how to improve QSO rates like some Russian stations did this year.
The youngsters’ future plans in amateur radio were also discussed, where less experienced youngsters told us about their plans, specialy regarding knowledge of Morse code.