YOTA South-Africa 2018, a start of something bigger 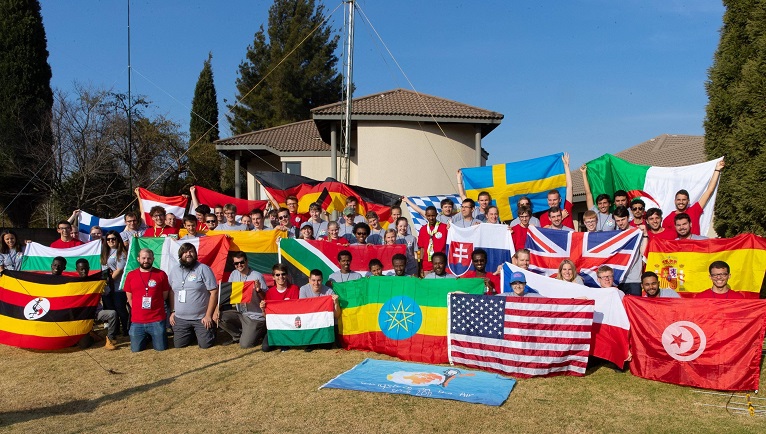 Can you imagine? 23 teams, from all over Africa, Europe and USA travelled to South-Africa to take part in the annual Youngsters On The Air event. Yes, it did happen. 74 Young radio amateurs found their way to Gauteng, close to Johannesburg. This made it also happen that we had in total 7 African countries taking part, more then ever. 25 Persons had the opportunity to take part, after an intensive training, in a HAREC license exam. 20 Of them passed, great achievement, especially if you are aware that most of them don’t have the opportunity to take part in an exam at their home country.
Enough numbers for now, the youngsters took part in many activities in the week itself. A programme was made which was showing amateur radio in South-Africa with focus of train-the-trainer. SARL is making good progress on youth and amateur radio. Think about Hammies, Jeugland radio club or JOTA/JOTA.

Train-the-trainer? This was the first event with our renewed focus. There were several sessions were teams showed their ideas on how to develop amateur radio and attract newcomers to the amateur radio hobby. With this we are creating a snowball-effect, organizing similar activities back at home will make it happen that more persons can join YOTA or amateur radio. The teams all got homework to do, in 2 months we expect from them an article in their national amateur radio magazine about the event and a plan on starting their own youth program or organizing new amateur radio events. They all are free to come up with their own ideas, but got inspired the entire week.

A week has only 7 days, believe it or not, SARL made it happen to put more days in a week. Still being impressed about what we did in one week. There were many lectures and workshops, about contesting, DMR, Marconi and a demonstration of Marconi’s used equipment, a presentation on radio in wildlife (tracking animals) and much more. Starting with building own YAGI antenna’s and using this later to make satellite contacts, followed by a technical and hands-on SDR workshop. Working as a real project team to prepare a payload for a BACAR (Balloon Carrying Amateur Radio) balloon flight, we also launched the balloon, used the SDR and antenna to make contacts and gather data. After a good braai (South-African BBQ) all participants showed in a presentation the analysis of the recovered data of the payloads.

The youngsters did kit building with QRP labs, some of them couldn’t get enough and kept on building late in the night. There was a radio shack were ZS9YOTA was activated in modes as SSB, CW and FT8.
With so many cultures taking part in the event, we continued our yearly tradition of the intercultural evening. All teams brought food, drinks and even traditional clothes from their home-country.
Luckily the youth got the chance to see a bit of the South-African beauty, the group went on safari to see the big five! The farewell party, including an African drumming session, was a great last goodbye.

All this organized by SARL, the South African Radio League, under lead of Nico van Rensburg ZS6QL (President of SARL) and Koos Fick ZR6KF (Youth Coordinator of SARL). They didn’t do this all alone, they had a great group of volunteers helping them out to make this all happen. A special thanks to the entire organizing team and SARL!

This is only a part of everything the youngsters took part in. Do you want to read more or see more of the event?It’s all covered, have a look here.

A popular question, where will YOTA 2019 take place? Unfortunately we still did not receive any application. Are you interested in organizing an unforgettable event which will change the life of many young radio amateurs and be part of the future of amateur radio? Contact Lisa, PA2LS, Youth WG Chair IARU R1.