By MontyJanuary 17, 2020Publication, Train the trainer

Hi everyone! Another TTT report from the YOTA EA Team.

During October we enjoyed being on the front page of the national ham radio magazine, which caused some movement in social media, talking about YOTA camp, and the recent announcement of the Youth Committee in Iberradio fair. We also started to give some shape to the December YOTA Month in EA, organizing the system to allow everyone to get on the air, without being the same station in the same mode/band. Also, requesting the 2 callsigns that were used during December: EF4YOTA and EG2YOTA. We also participated on the JOTA-JOTI with 2 callsigns: EG1JAM and EG2JAM. (Maybe more, those are the ones we’re aware of)

November had also great news in the magazine: Lucía (11 y/o) had just got her callsign (EA1FDO). Apart from that, we were finally prepared for the DYM with a lot of enthusiasm.

The results of the DYM are: 4732 QSO with EF4YOTA and 1185 QSO with EG2YOTA. We’re very proud as some kids could try Ham Radio, and one of them has recently passed the exam and is waiting for a callsign.

We’re preparing some surprises for this summer. If everything goes well, we will be able to announce it soon. 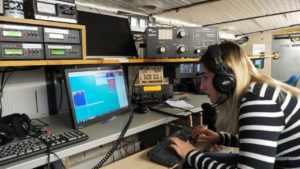 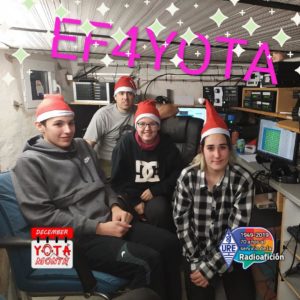 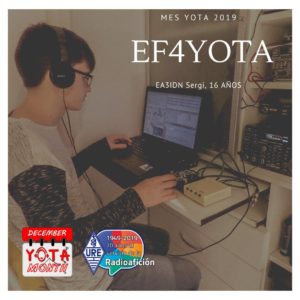