Press Release by Youngsters On The Air: December YOTA Month 2019

As in the previous years, in December 2019 hundreds of dedicated youngsters became active on the ham radio waves. Great thing is, that not all of the operators were long-time hams. December YOTA month encourages all kinds of hams, no matter of age to take the mic and be on the air! This year we also got help from IARU Region 2 and 3 stations, which  helped us to spread the voice of youth together all over the world with over 10.000 QSOs from there!

Lots of new challenges were faced during the month. Some of them made IT guys busy with the website, while others were about broken logs on the database. Still, one of the challenges was way over the others, and that was the ambitious goal of 100.000 QSOs made by youngsters in one month. We had set the goal well before the month to encourage the youngsters to do their best.

On the 1st of December, we youngsters got a rocket start to the month with a whopping 8.5 thousand QSOs in the first 24 hours. Some days we made fewer QSO’s but on the other hand, during the best days, we made nearly 10 thousand a day. With the combined power of 47 stations active with YOTA callsign from 35 DXCCs, the goal was getting closer and closer day by day.

Then finally, on the 26th of December, the goal was achieved. It’s still uncertain which station made the QSO number 100.000, but we will figure it out and tell out loud. Even though we made it to our goal the month didn’t end there. There were still 5 days of December left to try to maximize our QSO amount for the month. During those days we made nearly 30 thousand QSO’s extra.

The total amount of YOTA QSOs made in December 2019 was over 129.000. Compared to 2018, that’s over 45.000 QSOs more than last year, which seems crazy as we only had two stations more this year. This tells it’s own story about how youngsters become more active within the hobby every year! Youngsters were not only active on the bands, but they also respected the original modes
such as SSB and CW. More than three-quarters of the QSOs were made with those modes, which tells that the future of amateur radio, youngsters can operate human modes very well. This doesn’t mean that we did not operate any digimodes. We did have nearly 30 000 QSOs mostly with FT8 and FT4. Also satellite QSOs with QO-100 satellite we’re made for the first time in the history of DYM. Here are some experiences we received from youngsters operating the satellite:

I operated II4YOTA on the QO-100 satellite and it was amazing, pile-up at every time of day and night.

During DYM I got to operate on the O-100 satellite from the TF3IRA club station. Even though I contacted stations in places such as India and South Africa my longest QSO (81,514km) was TF

Most of the QSOs made during December YOTA month were made on 20, 40 and 80 meters bands. Last year was about the same, even though this year the most used band was 40m instead of 20m last year. This year 30m was also quite active with nearly 5000 QSOs compared to last year’s 2175.

The whole month was covered on YOTA’s social media to also get the faces behind the radios in front of the world. Here is another quote by a youngster about DYM 2019: “It was fun like always. Always happy to support the community”. Looks like operators truly enjoyed having a special callsign just for the youngsters!

Since 2013 a lot of people have been working around December YOTA Month to make it possible year after year. This year was not an exception. The planning for DYM 2019 started around Friedrichshafen last summer. Since then, dozens of people have focused on making this year the best one so far! Help has been needed with creating and managing the website and having all the statistics there as soon as possible even though the broken logs there and there were really frustrating. Awards on the homepage as well as QSL cards via OQRS were also available this year. Big thanks to people managing and helping with them.

Even though many people were working behind the curtain, the biggest thanks goes to all the youngsters worldwide, who despite the lack of good conditions made unbelievable many QSOs all around the world in such a short time. Without your passion for the hobby, this magnificent success wouldn’t have been possible!

Who knows what this year will bring? The next possible milestones could be 50 stations on the air, or maybe even 150k QSOs in a month. Knowing the dedication that youngsters put for our hobby, we know everything is possible! During the whole year 2020, we hope youngsters will stay active on the bands. To show, that there is a future in ham radio! 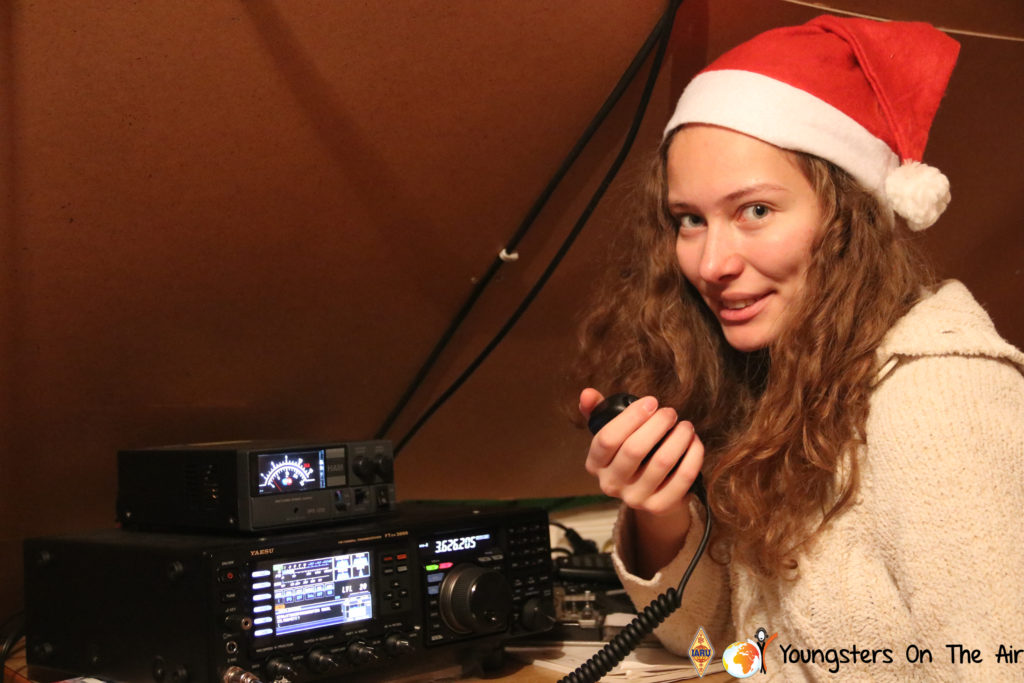